Use The Noun Project.

Use it for your presentations. And for your infographics and graphical abstracts, if you make them.

The Noun Project is a database with icons created by graphic designers.

You can find an icon for just about everything. There are over 3 million icons.

Let’s take the following slide about police investigation as an example.

There are just a few sentences on the slide. But still, your audience has to concentrate to grasp it.

And it’s not very appealing, such a slide full of text.

In a few moments, you’ll find an icon for every important word.

Sometimes you need to be a bit more creative. For example, with ‘common crime’, I used the keyword ‘pickpocket’. And with ‘serious crime’, I used ‘mafia’. 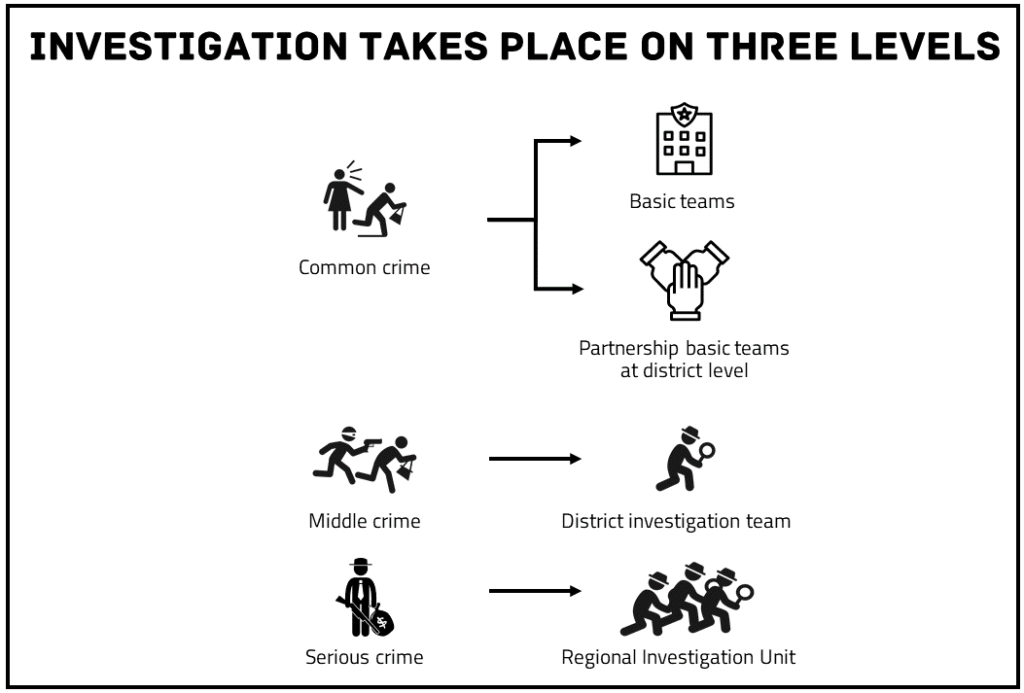 I’m not a graphic designer. And I’m sure my alignment isn’t perfect.

But I did make a slide that is much better than the one with just text.

In less than 15 minutes.

PS I don’t have any shares in The Noun Project. Just to make sure. 😉